Greenhouses, also known as glasshouses, are building designed mainly for the protection of out-of season or delicate plants from extreme heat or cold. In the early 16th century, glasshouses were simple wooden shelters with limited ventilation and window capacity with no means of heating or cooling. These small and plain buildings were built in rural areas for the production of exotic tropical plants and flowers for local markets. 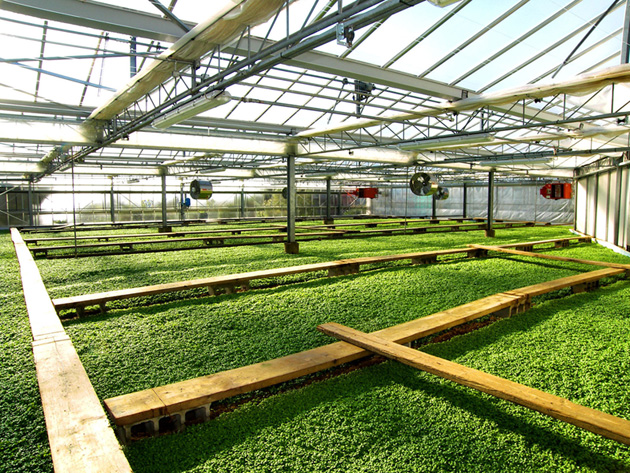 A glass house was more likely to be built to provide shelter than to supply the materials for production or export. While many people had the capital for this new enterprise, it was a difficult task for the farmers of the day to build their own glass houses because of their limited equipment, labor, materials, and financial resources. This task required more manual labor, less skill, and more time than in more modern times, and in most cases, this resulted in lower production and lower profits.

One of the key benefits of using glass houses for gardening was that these structures offered a high degree of privacy. Even during the middle ages, the idea of being able to keep our gardens’ plants locked away from prying eyes was not popular. As a result, the greenhouses needed to have strong, sturdy windows, allowing the greenhouse plants to retain the natural light they needed to grow in. In the 16th century this idea was taken a step further by the invention of the first greenhouse lamp. This greenhouse lamp allowed sunlight into the greenhouse, making it safer for plants to grow in the greenhouse, as well as offering a source of light for gardeners in the darkness.

Glasshouses soon became a staple for gardeners and farmers. The production of exotic tropical plants increased tremendously when people began to use greenhouses for their production of exotic flowers and plants. The production of these plants also increased rapidly. While this led to an increased demand for glasshouses, it also led to a need for additional specialized equipment to maintain and care for greenhouses. In addition, the need for specialized equipment caused the price of glasshouses to increase drastically.

The need for greenhouse plants eventually led to the development of the first greenhouse building, which structures designed specifically for the cultivation of tropical plants. Many different kinds of glasshouses were used for growing plants, but the earliest are thought to have been used for covering the roofs of mansions. during the Middle Ages. The most famous of these buildings, the greenhouse of Robert Hooke, was built in 1666 in Great Britain. Although this structure did not provide the best protection for plants from the elements and the most convenient storage space for tropical plants, it provided a relatively comfortable place for the gardener to work.

Although greenhouse building is a fairly straightforward task, the basic design of a greenhouse must be adapted for various climates and growing needs. The most common greenhouse styles of today are those that are built in a style similar to a traditional barn.